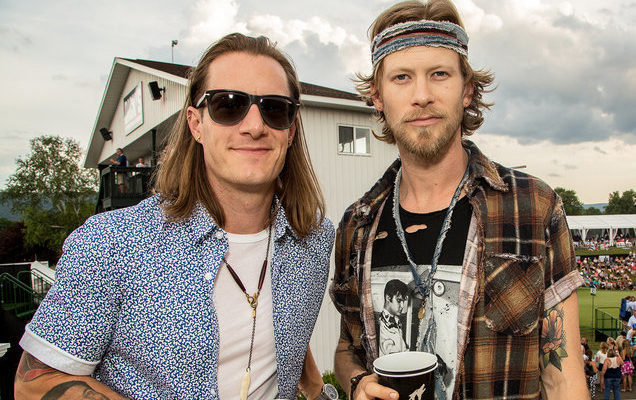 Our CMA Nominee of the Day spotlight shines on Florida Georgia Line today! Ever since coming onto the country scene in 2010, Florida Georgia Line have proved that they’re a force to be reckoned with. Their singles “Cruise,” “This Is How We Roll,” and “Get Your Shine On” have all reached #1 on the Hot Country Songs list. They have been on tour with Luke Bryan, Taylor Swift, and Jason Aldean as supporting acts and have headlined three tours in the past 4 years. Their latest single “H.O.L.Y” was just nominated for Teen Choice Award’s ‘Choice Music-Country Song’ and “Sippin’ On Fire” is up for two CMT Music Awards! The duo is currently on the Dig Your Roots Tour in support of their latest album which was released earlier this year. Florida Georgia Line is up for CMA’s Vocal Duo of the Year and tune into ABC on November 2nd to see if they’ll take home the award for the 4th year straight!