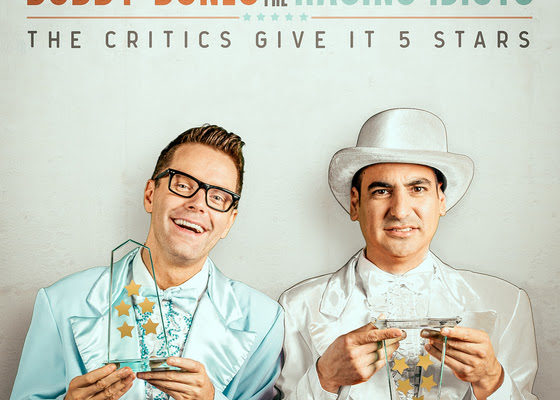 Bobby Bones And The Raging Idiots, the comedy group comprised of Bobby Bones and Producer Eddie from iHeartMedia’s The Bobby Bones Show, premiered “We Can’t Stand Each Other,” with country music superstar Carrie Underwood, a love song with a satirical twist on PEOPLE today.  A portion of the proceeds from the song are being donated to St. Jude Children’s Research Hospital. Co-written by Bobby Bones and country music friends Lindsay Ell and Keifer Thompson, the track is taken from Bobby Bones And The Raging Idiots full length album, knowingly named THE CRITICS GIVE IT 5 STARS, which is co-produced by Nick Autry and Bobby Bones and is set for release this Friday (3/18) on Black River Entertainment.

← Previous Story Catfish And The Bottlemen Release New Single and Announce Tour!
Next Story → LANY Debut New Single “Where The Hell Are My Friends”