Disney Channel’s “The Luck of the Irish”: Where Are They Now?

If you’re like me, you were undeniably obsessed with classic Disney Channel Original Movies. One of my all-time favorites (and one I still watch once a year) will always be The Luck of the Irish. Who can forget this unique tale of basketball player turned leprechaun? But what has the cast been up to since the 2001 DCOM? 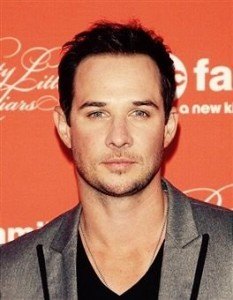 Most will probably recognize Ryan as Ian Thomas from Pretty Little Liars. You can look forward to a lot of new projects from Ryan this year including the movies Distortion and Domain and the TV series, Confessions of a Hollywood Bartender.

You may recognize Gibson from shows such as Charmed and Boston Legal. He also lent his voice to many favorites such as King of the Hill and The Grim Adventures of Billy & Mandy. Sadly, the crazy yet beloved Reilly O’Reilly passed away in 2009. May the road rise up to meet you, Henry.

Alexis hasn’t done much since her Disney Channel days. That is, if you call being a gorgeous model and the most beautiful bride we’ve ever seen not doing much.

So what has the Saint of the Step been up to lately? Being a fantastically bearded king of course! Omundson plays King Richard in the new series Galavant and many will definitely recognize him from Psych as well!

Since she played Kyle’s teeny tiny leprechaun mother, Marita has had small roles in quite a few shows up until 2009 such as Charmed, Numb3rs, and CSI. Kyle’s BFF has been absent from our screens for some time but you can catch him in 36 Hour Layaway out this year!