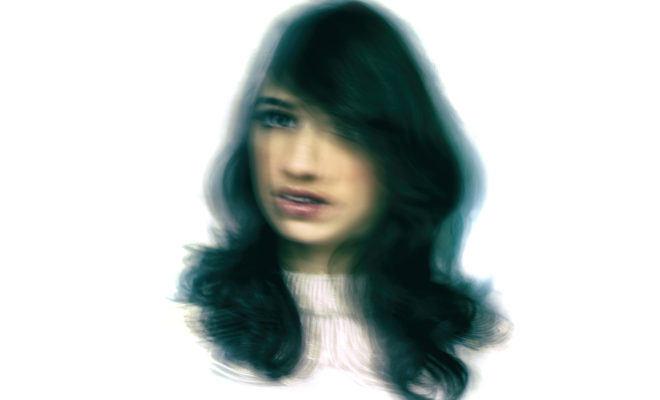 Victoria Canal is a name you are going to want to remember. Seventeen year old Canal has already received numerous accolades allowing her to follow in some very famous footsteps. Her new EP Into The Pull was released on Jan 29 and has an inspirational message of overcoming adversity.

Check out our interview with her!

1. Your EP Into The Pull came out in January, What has the response been like from fans considering it has a very inspirational story of overcoming adversity?

The response has been great so far! I think the most popular comment I’ve gotten about the EP has been that fans have discovered who I was because of it and have related a lot to Unclear and City Shoes (the two singles). Alessia Cara also tweeted it out saying she thought it was beautiful, which I thought was awesome! It’s so comforting to get that validation from other artists.

2. You grew up living in many different countries, how has that inspired your musical sound and work ethic?

I definitely think traveling has defined my sources of inspiration. Music is the only universal language, to me—well, that, and hugs. My need and desire for human connection and warmth has greatly increased because of my travels. I think it’s only encouraged me to find ways to melodically tell stories that express emotion in both unique and universally understood ways.

3. What three records you could not live without listening too?

Continuum by John Mayer, Number 1’s by Stevie Wonder, and of course, Thriller by Michael Jackson. Bonus (one of my new favorites): In the Lonely Hour by Sam Smith.

4. You give back to numerous nonprofits, how are you using your music to bring focus to them?

I always try to incorporate substance into my music. Off the EP, the two songs that really maintain that are “Wolves” and “Little Girl,” “Wolves” addresses insecurity and sense of identity, reaching out to people that perhaps feel really unsure of themselves; “Little Girl” is an ode to young people that have suffered through experiences that made them lose their innocence far before they were meant to, or generally don’t see hope in their own future. Outside of the music is where I think I have more control on how I can contribute to my surroundings—hosting benefit concerts and raising awareness to my viewers online is a huge priority for me. As an artist with a voice, that’s my obligation and responsibility, after all.

5. You have performed at some incredibly famous venues, what is your favorite memory so far from your career when it comes to performing?

To be honest, my EP release show last week was my favorite experience! It was the first time hundreds of people had gathered exclusively to listen to my music and appreciate what I’ve worked so hard on, which I found so humbling and rewarding. It only made me realize how much I crave getting on the road and making every night a special one, whether it be opening for a bigger, more established act or doing smaller shows on my own. Any time I’m in front of an audience that likes what they’re hearing (and wants to hear more) is my favorite type of performance experience.

6. Do you plan on attending college and studying music or are your plans just set on touring and furthering your career in music?

That’s a difficult question, and one I’ve been asking myself for the majority of my senior year. I’m a person that likes to plan out her life in her spare time—by one year, five years, ten years, and even the whole nine yards. What I’ve discovered as I’ve gotten older, though, is that it’s kind of useless to “plan” that way. It’s great to dream and work as hard as you possibly can to get closer to that dream—but there’s no use in worrying. So to answer your question, I’ve applied to college (my top picks are music business and performance programs) just to keep my options open; all the while, I’m hyper-focused on seeing how I can keep progressing as an artist and see which way turns out to be the one that was meant for me. It’s up to time to decide—I’m done worrying about it!!

7. What piece of advice do you have for anyone struggling to find their own voice in life?

Art, to me, is the most powerful expression anyone has immediate access to. Even without an audience to show it to, expressing yourself through visual, theatrical, or musical ways can help you find your voice and identity in a truly powerful way. Taking the time to figure yourself out by making art! That way you’ll find out how you want to express yourself and find your voice in every other way, too.