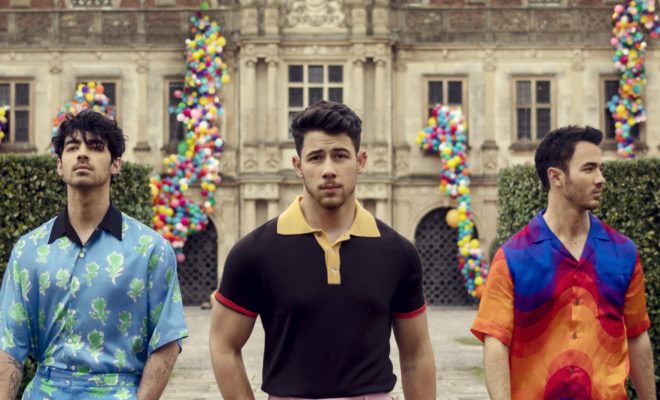 The Jonas Brothers are BACK!

6 years after Joe Jonas told us to “hold while [he and his brothers] got [their] sh*t together”, we’re still very much suckers for the Jonas Brothers.

The Jonas Brothers are back, and they’re coming full force. Six years after they originally split, the three brothers have announced they would reunite, months after rumors and speculations started due to them being spotted filming something together.

The brothers didn’t wait to treat their fans. A few hours after all their socials went black, the boys announced their comeback single “Sucker” would come out TONIGHT at 12:00 AM ET. The boys’s tweets included a link to pre-order the track, that you can find HERE “Sucker”. Soon after, the brothers, who signed with Republic Records for their comeback, also announced the music video for the song would come out at the very same time as the track.

In addition to dropping the new track, the Jonas Brothers will join The Late Late Show with James Corden for a week-long takeover from Monday, March 4 to Thursday, March 7, which will include an exclusive interview, various Late Late Show segments such as the infamous “Carpool Karaoke” and the world premiere performance of “Sucker”.