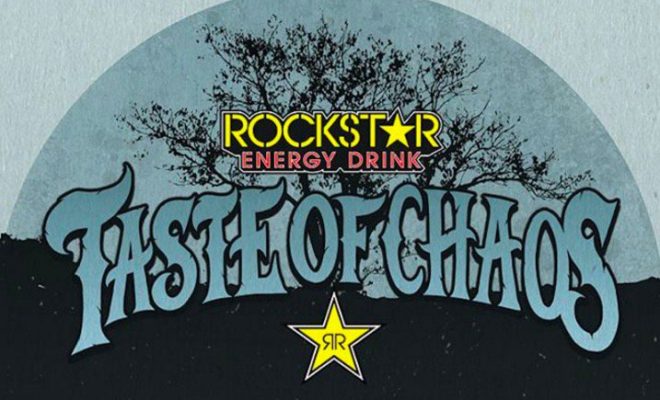 Alternative Rock music festival, Taste of Chaos, brainchild of Warped Tour founder Kevin Lyman and John Reese, will be officially returning as a tour! The tour will run throughout the months of June and July with Dashboard Confessional and Taking Back Sunday as the headliners. The tour will hit the US at various dates throughout the whole country and special guests are slated to perform at each stop. The main support of the tour will be from Saosin with Anthony Green, and the Early November with special one-night performances from Saves the Day (6/17), Motion City Soundtrack (6/18), and The Starting Line. General admission tickets go on sale Friday, March 18 at 10 am local time.

The tour has been described as a “Winter Warped Tour” back in the early 2000s when it was first started. In recent years, the tour has taken a break, with a special daylong festival last October in San Bernardino, CA featuring All American Rejects, Finch, Saves the Day, Jimmy Eat World, Dashboard Confessional, and  The Used. This is the first time the tour will be returning since 2009 in the US so be sure to grab your tickets and come out to a show near you!