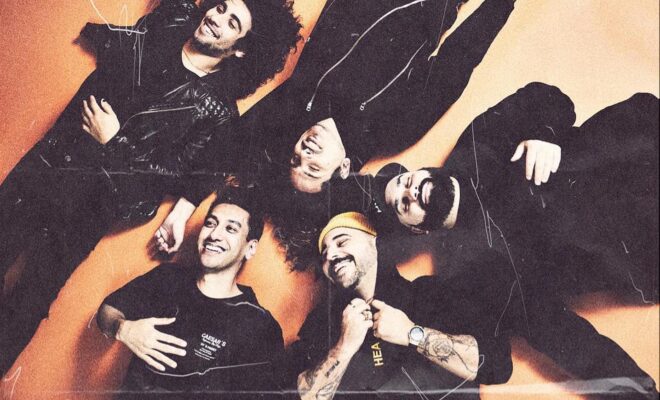 As the saying goes, all good things must come to an end someday, and just like that, American Post-hardcore band Palisades will be playing their farewell show this February.

Formed in January 2008 as Marilyn Is Dead, the Jersey band self-released their debut album, Appearance Disappear in 2009. A few years later in 2011, the band changed their name to Palisades and signed to Rise Records.

In the twelve years since their debut, Palisades has released five additional studio albums: Outcasts in 2012, Mind Games in 2015, a self-titled album in 2017, Erase the Pain in 2018, and most recently Reaching Hypercritical on July 22, 2022.

After a couple of lineup changes, and more than a dozen tours, Palisades was supposed to play some shows with label mates Secrets to finish off 2022. However, the band announced they were hopping off the tour on October 27, after bass player and lead vocalist Brandon Elgar departed the group.

Since that day and their promise to “update everyone very soon” about the future of the band, the remaining members of the group had been awfully quiet. Until today.

Two and a half months after their last social media post, the band wiped out their Instagram today to leave nothing but one post: a brand new announcement. But it wasn’t the announcement fans had been waiting and hoping for.

Signed by remaining members Aaron Rosa, Xavier Adames and Matthew Marshall, but also by former members Louis “Lou” Miceli Jr and Earl Halasan, the statement announces that the time has come for the five members to take a final bow.

Performing where it all began in Asbury Park, New Jersey, the five men will put on one final show at the House of Independents on February 25th, 2023. Tickets will go on sale this Friday HERE.

Read the full statement below:

Words can’t describe what this band has given all of us, but we’re gonna try. Palisades was the vessel for all of our wildest dreams. We strived to write music that made you feel something, whether that was dancing around having fun or having eyes welled up with emotion from something you were going through. We saw the world and got to see places we never thought we would have. We got to go from the smallest of rooms to the biggest of stages. But more importantly, we made a connection with all of you. We got to share our stories with you through music and you share yours with us at every show. We also wanted to bring two influential pieces of Palisades history back with us to say goodbye one last time. So please come join us as we close this chapter. Because this one is for all of you, our family. For the ones who watched us from the very beginning in Jersey to everyone over the world. For the ones who turned on the radio or heard us on the Internet. For the ones with tattoos of our lyrics and logos. For the ones who made custom jackets and merch. For the ones who drove or flew to every show, only saw us once or never at all. This one’s for you. So from the bottom of our hearts. Thank you for everything.