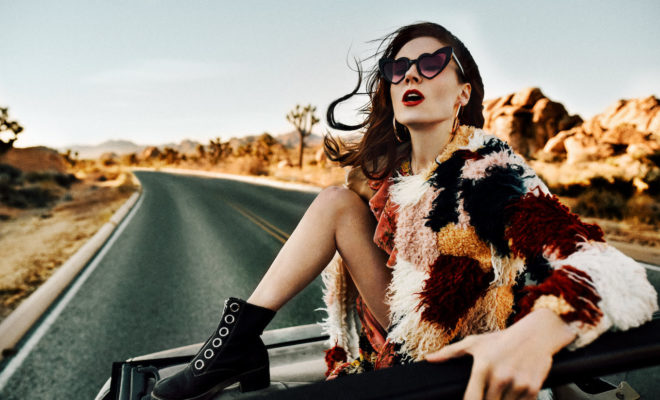 There’s so much happening for Kate Nash, with her latest single and music video being released, tour dates, and forthcoming album. ‘Life In Pink’ is the lead single off her forthcoming new album ‘Yesterday Was Forever.’ The single brings us a hint of pop and hint of garage rock bringing together to create a one of a kind sound with captivating lyricism addressing mental health.

“Life in Pink” is a frank admission of Kate’s struggles with mental health, the song chooses to fight back against the pain rather than to accept it and wallow; This is the sound of an artist fighting back, refusing to settle and giving everything she can, with the buoyant guitars matching her emphatic delivery.

Kate details the inspiration behind both the song and the video:
“The concept of the video is balancing the sane and what I’m told are “insane” parts of my brain and how I think you need a balance of the 2 to really make it in this life. I need the bunnies in my brain and the wild parts of me that send me into the black holes and I also need the self care routine and to know when I’ve gone too far into space aka allowed my mental health issues to get the best of me. I couldn’t be me without both of these sides, but both sides in their extremes are negative. Somehow we have to meet in the middle, dance and laugh and be free and full of love. Hope you relate.”