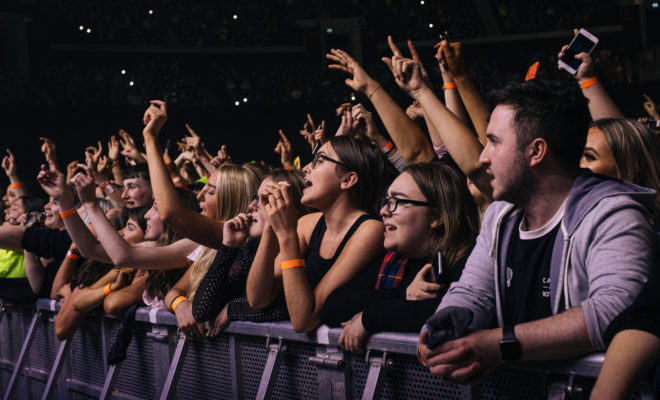 Give Us What You Got: Catfish and the Bottlemen in Glasgow

Catfish and the Bottlemen are a band that you can definitely say are restless. The British four-piece band toured long and far on their previous album ‘The Ride’ and right when you would think that they would be silent for awhile to recuperate; they came right back with their 2019 album release of ‘The Balance’.

The band is to tour with The 1975 on their upcoming leg of their US tour, however not before touring overseas and adding a few dates in Scotland. As a person who has seen Catfish and the Bottlemen before in the US, seeing them in the UK was a very difference experience. The biggest difference is that I have only seen them as the opener for arena size shows, versus them headlining an arena like the SSE Hydro. Walking up to the massive venue only thirty minutes before they are scheduled to take the stage, the crowd of fans outside trying to get in is not calming down in the slightest.

Upon entering the arena is buzzing with people grabbing their merchandise or rushing to the floor and honestly who can blame them? Fans attention is drawn to the stage as the traditional opening tune of  Dean Martin’s “Ain’t That A Kick In The Head”. The lights go out and the toucan that graces their album cover lights up on both sides of the stage as the all four men walk out. They break into “Longshot” a tune that teased everyone at the beginning of the year of what they were up to. Fans, of all ages, ate it all up and jumped trying to match the energy the band was giving out. Chanting, dancing, signing along, and hopping on each other’s shoulders; fans where consumed by the music.

Catfish and the Bottlemen’s set is one that has a great blend of their old and new tracks from “Kathleen”, to “2all” and of course the most fitting for this particular show “Glasgow”. As expected, lead singer Van McCann, pours everything into the set as he pulls and throws the mic stand from one end of the stage to the other, leaning off the edge of the stage, and engaging with the crowd as much as possible. The band as a whole provide us with that classic indie rock style that has been warped over the past few years as genre blends more and more into other sub-genres. Catfish and the Bottlemen’s set is a straight forward experience of four men, doing what they love, giving us music that we love, and simply put a giving us a good time. There’s no stage diving, there’s no laser show, and no extra “fluff”; it’s not needed with a band like this. Here’s hoping that the US notices and appreciates that as much as the UK does, because I for one look forward to see them step beyond the opening band set and start to headline some arena shows across the US. 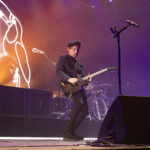 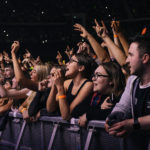 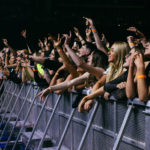 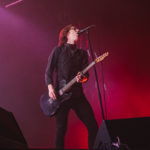 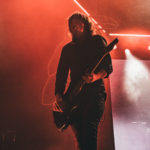 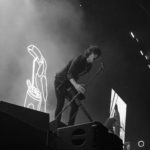 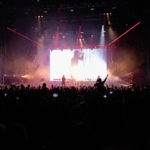 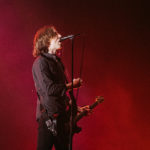 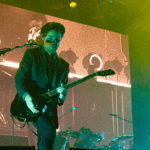