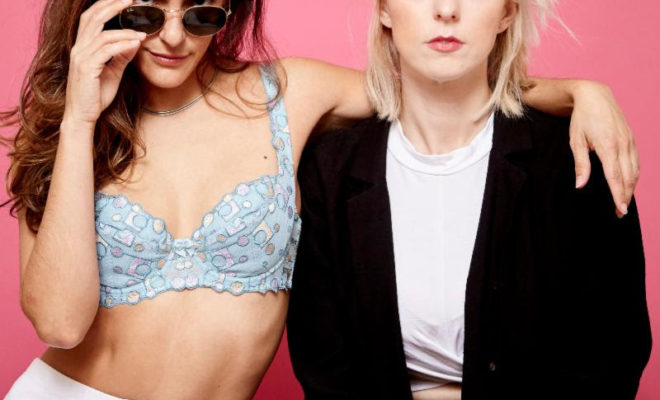 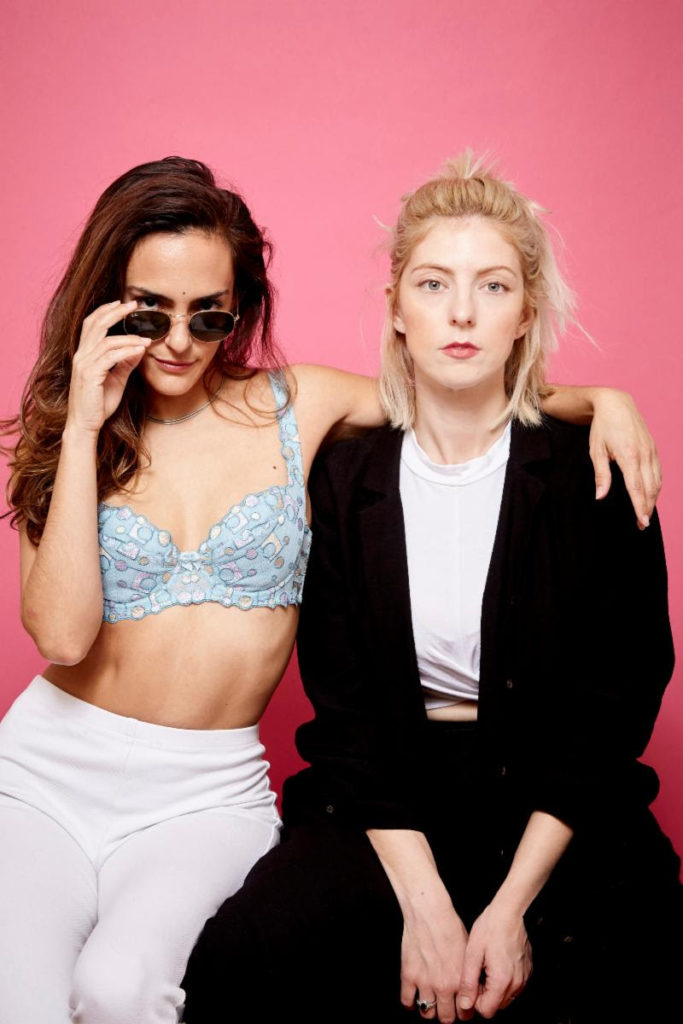 Female pop duo Joyeur have  released their latest EP, “LifeEater”. Boasting hypnotic melodies, impressive production and a tribal rhythm built for the dance-floor, the song melds the skills of singer-songwriter Joelle Corey and producer-instrumentalist Anna Feller. The two completely self-wrote, recorded, and produced “Fast As You Can”, along with all of the other tracks featured on the EP.

Your Fast As You Can video is STUNNING! How did the concept come about?

We were worked with Hallie Cooper Novack, a super talented director that we were introduced to by a friend coincidentally. We were actually in the midst of creating a completely different video and did a total 180 for this concept. Hallie came to us with a vision and we pieced together the major themes and color palette along the way. She really helped us capture that cute, yet creepy vibe we were going for.

Your EP is almost out, how do you go about choosing your single(s)?

We are always writing and so many songs exist before we decide which one resonates the most.  With “Fast As You Can” and “Pusher,” we kept playing them over and over. When you get hung up on your own song and start looping it, that fear of “how am I going to make something better” comes in. I think that’s the feeling we look for in a single.

Do you have a favorite lyric or line off one of the songs?

What made you entitle it LIFEEATER?

Life can be a real mother. You can eat it up bad or good, or it can chew you up and spit you out. LIFEEATER is really about bulldozing through self-created boundaries and seeing limitlessness in every aspect of life. It’s sort of our noun version of “carpe diem”!

What’s the story behind the album artwork?

In the “Fast As You Can” music video, the blue toy car represented the end of a chase and reeling in the catch. It really depicted a “maneater” type, but on a deeper level it portrayed anything you desire in life. For the EP cover, the car represents any obstacle in your way and the idea of eating it up.

Is there a process behind choosing the track order for an EP?

It’s more about general feeling of which song should flow into the next. It’s not necessarily by lyrical content or BPM or any kind of formula. Intuition plays a big part.

You did this whole album from start to finish with writing, recording, and producing, how did you get into producing and writing?

Jo: I was singing and writing songs from a young age–although I was very shy about it. A while back, I started working in a small music management boutique. I would secretly be writing songs at my desk and producing very bad Garageband tracks on my computer at work! While I was there, we worked with a lot of songwriters and I thought “I can do this”. It was what inspired me to pursue music. I started writing all types of songs–country, indie rock, whatever I could but at the end of the day I was always really attracted to the process of starting a song with just a feeling and turning it into a story.

Anna: As a kid, I was practicing classical piano everyday. Although I totally understand the contribution of it now, I felt like I was put in a box playing other people’s music. As a young girl, I was fascinated by musicians that didn’t know notes and improvised without thinking about the rules and just made things up on the spot. So I started making up melodies slowly that grew into compositions and when I was a teenager, a friend showed me a software called Cubase. That changed my life. I realized the endless possibilities of what a little MIDI keyboard and a computer program can do.

Can we expect a full length album and touring in the future?

Yes! We’re currently working on our debut full-length and will have live show dates soon.