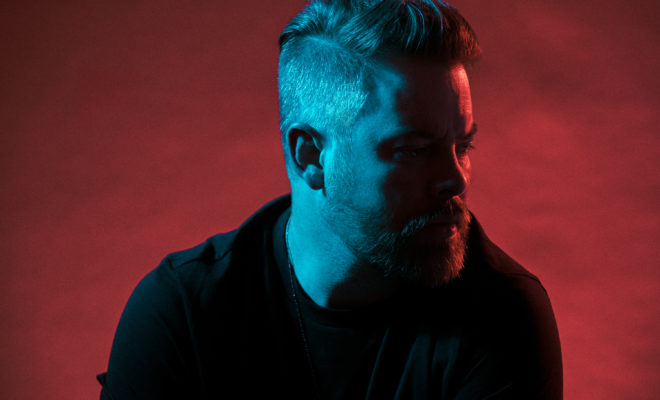 Stage Right Secrets spoke with David Cook to chat about his new single and upcoming album. Read our exclusive interview, below.

Congrats on your latest single, “Reds Turn Blue,” where were you when the idea for the song came about?

The song was actually written back in October of 2019.  I had wanted to write a song that personified my relationship with my anxiety disorder.  That feeling of the downs always coming up quick behind the ups.

The production instantly pulled me in, how do you know when a song is complete for you?

In short, I don’t.  I usually have to rely on someone else to let me know.  I’ve gotten pretty good at adhering to a system where I’ll let others whose opinions I trust kind of lead me to the finish line.

There were a few standout lyrics for me off of the song, do you have a personal favorite line?

“It doesn’t matter what the mirror says ’cause we’re the only ones who know”.  That line, in particular, is an insight into what my anxiety does to me.  That visual of all the outward being put together, but the inner dialogue “knows better”, you know?

You’re working on a new album, how far along into the process are you?

I’ve got a handful of songs I’m sifting through right now.  Everything has been at a standstill with the pandemic, but that has opened up more writing.  Trying to beat the songs I already have.

Is there a certain process when it comes to song selection and what will or won’t make the cut?

There’s levels to it, sure.  I think, first, is the song any good?  Does it make me feel anything?  If so, it will usually make it to the studio, where myself and my producer or engineer, will listen and talk through it all.  Try to come up with the best collection of songs, and begin recording those.  Typically, for every 10-15 songs written, 6 or 7 get to that point.

Since most of the country is in quarantine, has that helped you creatively or do you find it more difficult?

Like most things, it lives in the gray area.  The pros, for me, have been that it’s slowed everything down.  It’s allowed for easier processing of ideas.  The cons?  I can overthink things from time to time, and not being able to have another set of ears in the room to stifle that urge isn’t great.  But I recognize that being able to work at all in this climate is a good thing.

What have you been doing to pass the time?

Other than writing?  Trying to be more present at home.  The last few years have been pretty busy, and there have been times when home was just another stop on the schedule.  So to be able to be still and be present has been great.

I try to find at least one new tune a week that gets me excited about music.  I do a once-a-week show on an app called Stationhead where I try to play a song that has recently been released that I dig.  Try to give it a couple more sets of ears.  But I may have to take a break from that for a couple weeks once “Reds Turn Blue” comes out, and just make doubly sure folks are listening to it.