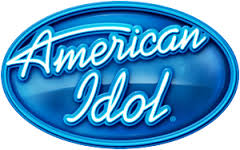 Catch Up with American Idol’s Gianna Isabella and Olivia Rox

Last week Stage Right Secrets got the chance to chat with Gianna Isabella of Americal Idol for a brief moment. We found out waht she learned most about working in the industry being so young from her experience on American Idol.
“I feel like the biggest thing that we learned through like about the industry is that say that somebody buys tickets for your concert and you’re sick orsomething that you have to really give a performance.So that helped me throughout the competition, because my problem was that I only sang, I didn’t really perform, and as I went through the competition I progressed with that. And that also helped during solo rounds for Hollywood week, because I actually lost my voice and I actually got booed because I gave a performance and tried to do the best that I could under the circumstances. So definitely that,” she explained.
She was eliminated alongside fellow youthful contestant Olivia Rox on last week’s episode of idol. Having made it to the top ten, the two were just grateful for the experience they had, and glad to be able to really begin working on their own music. Amongst Gianna’s hardest performances was the one she had to work through being sick, but it taught her a lot about the performance aspect of Idol, and the music industry in general. “I really just I tried to have fun with it, and I put all the sickness aside and acted as if it was like a regular performance, and I tried to have a lot of more stage presence so that that would not really take away from my voice but help them focus that, even like say for reference the whole concert situation, that if I had lost my voice I could still give a performance and be an entertainer,” Gianna explained.

You can keep up with Gianna and Olivia on Twitter! And don’t forget to tune in to American Idol tonight to find out who goes hime this week!