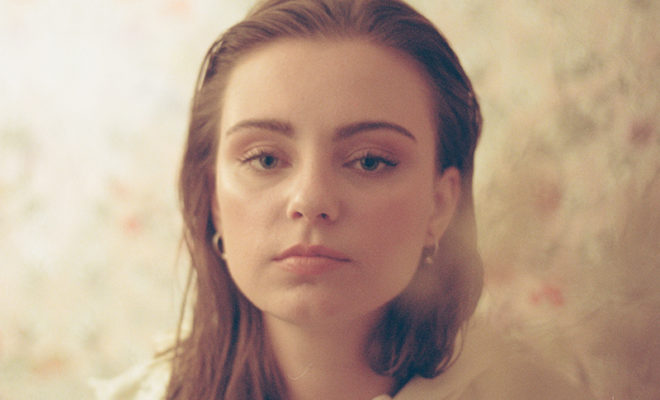 Stage Right Secrets spoke with CARYS to learn all about her new single, music video, and what she’s been doing while in quarantine. Read our exclusive interview, below.

Congrats on “No More”! It really has a summer vibe, what went into creating it and how did the idea come about?

Yes! Summer vibes! However, Gavin Brown, Ryan Stewart and I wrote this song in the dead of winter in a little studio in Toronto. Ryan came in with a beautiful track and as soon as I heard it, it felt like music angels sent the first verse to me. Then we just built the rest of the song off of that. I remember feeling so emotional when we came up with “you’re not somebody I want to lean on no more”. We just knew it was going to be special.

The music video is absolutely captivating, how involved were you with the visuals?

We had to shoot this video at home so the concepts were limited to what we could do there, however, I knew I wanted the video to feel really free. I had a vision of me jumping through the air in slow motion. We sent some ideas over to Boy Wonder, who directed the video via FaceTime, he sent us back a treatment and boom. Most of the beautiful visuals were his creation.

It’s honestly such a catchy track that we can’t seem to get out of heads, what song do you currently have on repeat?

Right now, Experience by Khalid and Victoria Monet. SILKY. If I could put a heart eyes emoji right here, I would.

Taking it back, was there a specific moment that made you realize that you wanted to get into music?

Yes! The moment was called Avril Lavigne’s debut album, Let Go. I remember listening to it over and over again, pretending they were my songs and performing in the mirror.

What record made you fall in love with music?

See above. But also, Taylor Swift’s debut album. Picture to burn? A masterpiece. Cold as you? Incredible. TEARDROPS ON MY GUITAR? I mean, come on. Songwriting genius.

Have your inspirations and taste in music evolved over the years? If so, how?

Oh, absolutely. In high school, I used to listen to super sad indie music exclusively. Bon Iver, Birdy, Lana Del Rey, Keaton Henson – the list goes on. I still do love the occasional sad moody bop but my music taste is all over the place these days. I’m less of a favourite artist kind of person now but more of a “listen to THIS song!” kind of gal. I love all genres of music.

Since most of the world was or is in quarantine, what did you do to pass the time? (New skills, cooking, binging shows, etc.)

I’m a very introverted person and love finding new things to do when I’m on my own so this has been a time of trying lots of new things. I’ve done some cooking, painting, reading, meditating, biking, playing guitar, hosting Jackbox game nights over zoom for my friends and I, binged the entirety of community and queer eye, and SOMETIMES I get work done.

At first, it was harder. But uncomfortable situations always bring more self-expression from me as I try to work out feelings and patterns that I may have been previously unaware of. Once I was able to accept the reality of the situation, I feel like the creativity just started flowing.

BOPS on BOPS. I can’t wait to share new music with the world. We have a project that is almost finished but no official release dates yet. Until then, I’ve been doing some live performances and sharing some other fun content online. If you want to see what’s up, follow me on Instagram @carysofficial!