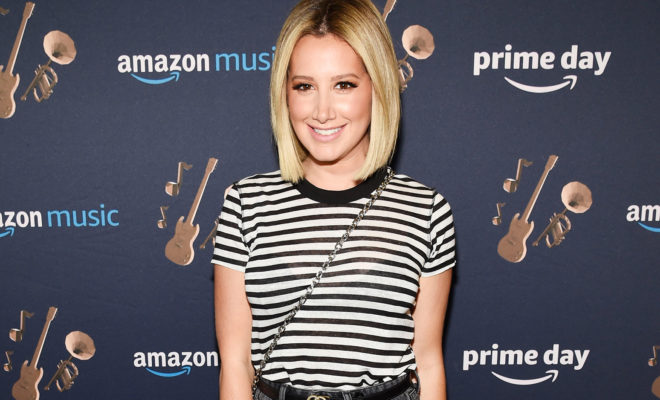 That’s how long we waited for the news that High School Musical alumni Ashley Tisdale shared today (July 27) on her social media!

9 years after her latest album, Guilty Pleasure, which debuted at No. 12 on the Billboard 200 in 2009, Ashley Tisdale has announced that her third album, Symptoms, will be released in the fall via the newly launched record label Big Noise.

Tisdale says she took as much time as she needed in the creation of this record and recruited Goldfinger frontman John Feldmann to produce.

“I’m so excited for this album,” Tisdale says in a press release. “I’ve been in and out of the studio for the last four years and teaming up with John Feldmann has allowed me to create the most authentic album to date. I’ve co-written every song on the album and it’s so personal to me. Looking forward to sharing it with everyone!”

Feldmann adds: “It has been an absolute pleasure working with Ashley on this album!” says John Feldmann in a press release. “Can’t wait for the world to hear this…We collaborated with some amazing writers on this album and I think the nine-year wait in between albums will have been worth it!”

Until the much-awaited album comes out, make sure to check the music sessions Ashley has been working out in the past few years, including collaborations with fellow HSM alumni Vanessa Hudgens and Lucas Grabeel, Echosmith’s Sydney Sierota or even Glee’s Lea Michele.