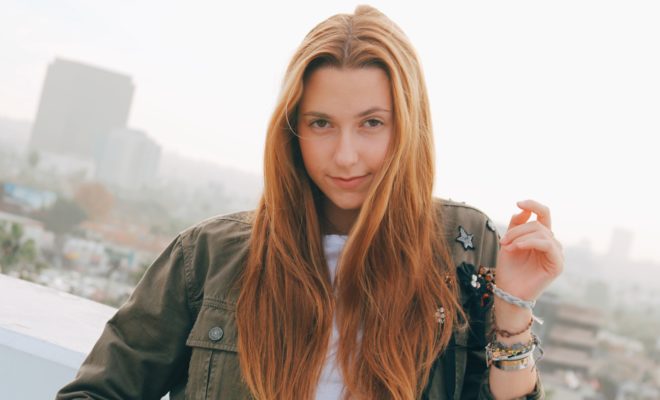 Ashley Brinton is one to watch. At only sixteen she has worked with Grammy winners, writing songs to be part of her début EP. Her latest music video has her singing and dancing to a song that will permanently be stuck in your head. There’s no doubt Ashley Brinton will not slow down down down.

SRS: How did you get into songwriting?

I would write down notes in my journal about anything and everything that I could draw inspiration from.  It has become a great creative outlet for me.

SRS: Would you define your sound as pop?

I would define my sound as pop, definitely.  It’s very fun and it always has a twist to it.

SRS: What was is like working with Grammy winner Cory Rooney?

Working with Cory is amazing.  It’s crazy that I’m able to work with someone so talented, it’s an experience of a lifetime.

Learning from the best @coryrooney 🎛️

SRS: Can you tell us about your Christmas single?

My Christmas single is Rockin Around the Christmas Tree and it was so much fun to record. We filmed the whole session and covered the studio with Christmas decorations.  The visuals are going to be so beautiful and festive.  I hope everyone enjoys it because we had so much fun doing it!

SRS: And another new single in February! Spill the beans!

The single in February is going to be amazing.  I’ve worked so hard on it and it’s such a fun song, but it’s also a girl-empowerment song.

SRS: Is an EP or LP somewhere on the horizon?

An EP is definitely on the horizon.  It’s coming soon!

SRS: So a tour is in the works, we hear. What can we expect? Fingers crossed for “Slow Down” choreography.

Yes.  The tour is in the works. I’ve been working so hard on getting the dance moves down and preparing it to be a seriously rockin’ show.  Everybody will have so much fun, it’s going to be amazing.

SRS: Tell us about what inspired you to work with dogs.

I have two Golden Doodles and they’re the loves of my life. When I got the dogs, people brought to my attention how many dogs are in need of good homes.  I felt like I needed to take responsibility for this cause that I’m so passionate about.

SRS: We heard you’re a huge ice cream fan and you know, same here! So most important question saved for last: What is your favorite flavor and why?

My favorite flavor is Ben & Jerry’s Fish Food because of the chocolate fishes in the ice cream.  They’re so good.