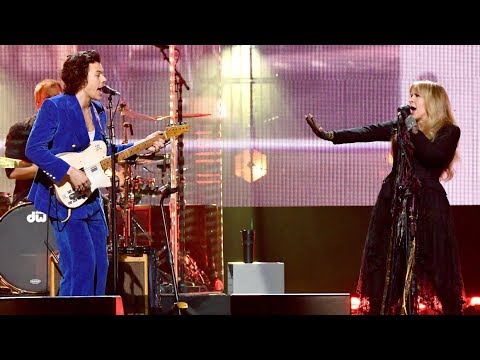 Stevie Nicks was inducted into the Rock N Roll Hall of Fame on March 29.  Besides receiving the honor of being the first woman to be inducted into the hall twice, Nicks performed with Harry Styles on “Stop Dragging My Heart Around” and Don Henley on “Leather and Lace.”

Styles said in his speech presenting Nicks with the award, “Stevie Nicks is the first female artist to be inducted into the Rock and Roll Hall of Fame for a second time. First, with Fleetwood Mac, and now for her unforgettable solo work. With Stevie, you’re not celebrating music from long ago through the mists of time. She was standing on stage headlining a place, doing her best work just three nights ago. She is forever current, she is forever Stevie.”

Nicks was part of the 2019 class inducted into the Rock N Roll Hall of Fame. Other inductees included: The Cure, Def Leppard, The Zombies, Janet Jackson, Radiohead, and Roxy Music.