It had been a long time coming.. and yet everything went so fast.

Singer-songwriter Rizha had been teasing a surprise coming out on December 12, and as she performed to a sold-out crowd in Madrid, Spain this weekend as part of her Outside Tour, the 20-year-old finally spilled the bean about what it was.

Ronchese performed “Se Te Ve Venir,” her brand new single, for the very first time on the Joy Eslava stage this Saturday (December 7). Although Spanish is the Argentinian singer’s mother tongue, she had always felt more comfortable writing in English, and “Se Te Ve Venir” will thus be the first single she releases in Spanish. 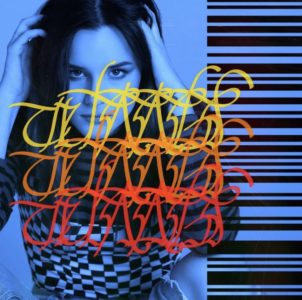 In addition to that, it will also be the first time the singer releases something she’s written so recently, for she’s always released content with a one to two years delay. The singer had taken to Twitter just last month to share her excitment about finally managing to write in Spanish. Although she had then mainly talked about another song “20”, Rizha managed to record and produce “Se Te Ve Venir” in the weeks that followed in order to release it this Friday.

The single will be available on all streaming platform this Friday, December 12, and can already be pre-saved HERE!