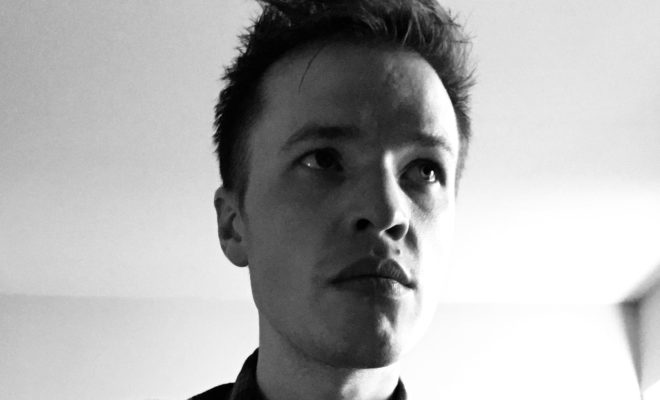 Dan Miraldi is a staple in the New York City scene. The singer-songwriter brings to life his new single, “Just Thought You Should Know,” the follow up to his last critically acclaimed release, “Kingdom Come,” which has been garnering. attention for the past several weeks. The new single is taken from his upcoming EP, “Mood Music for Introverts,” which sees the light of day on March 6. “Just Thought You Should Know,” further displays Miraldi’s new sound which bring a bold and unique vision to the table. Known on his prior records for his power pop and retro laced sounds, “Music for Introverts,” shares a very different side of Miraldi, that will further peak your interest. “Just Thought You Should Know,” is a beautifully crafted song that was handcrafted in Miraldi’s Greenwich Village apartment. The current singles and upcoming EP are a true artistic masterpiece that Miraldi shares straight from his heart.

While best known for his power-pop and retro rock-inspired works like ‘Record Collection’ and ‘Woke Up Naked’, ‘Mood Music For Introverts’ showcases a different side of Miraldi. The beautifully sombre stripped-down collection was produced, mixed and recorded in his Greenwich Village apartment.

After years of songwriting, recording and DIY van tours, Dan Miraldi is a musical journeyman who can already look back on an adventure-filled career. He has shared show bills with an eclectic bunch of performers such as J. Roddy Walston & the Business, Nelly, Wiz Khalifa, the Wailers, Wild Feathers, the Trews, Wally Bryson of the Raspberries, Beatle offspring James McCartney, Family of the Year, Welshly Arms, Ari Hest, Blackalicious, the Cool Kids, Fiery Furnaces, and even Wang Chung. Miraldi was a one-man show on the upcoming EP and singles, as he has written, recorded and produced each track (with a little help from a slide guitar guest appearance by Jay Nemeyer (of the DC-based electro-pop band Color Palette on “Kingdom Come”). 2020 is gearing up to be a huge year for Miraldi, as he’s on top of the world.

Mood Music For Introverts arrives digitally March 6 and will also have a limited edition cassette release.

“In the context of the record, “Just Thought You Should Know” is probably the happiest song on the EP. In earlier versions of the lyrics, it was a lot darker. It’s a song about being vulnerable with someone. Those feelings may not be reciprocated, but at least you have said what you needed to say. As the kids say, “shoot your shot.””