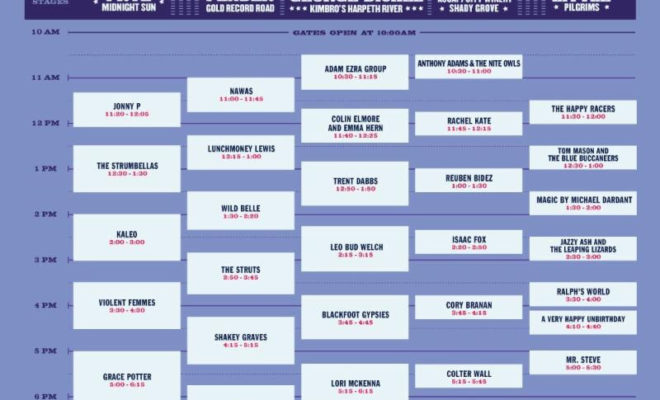 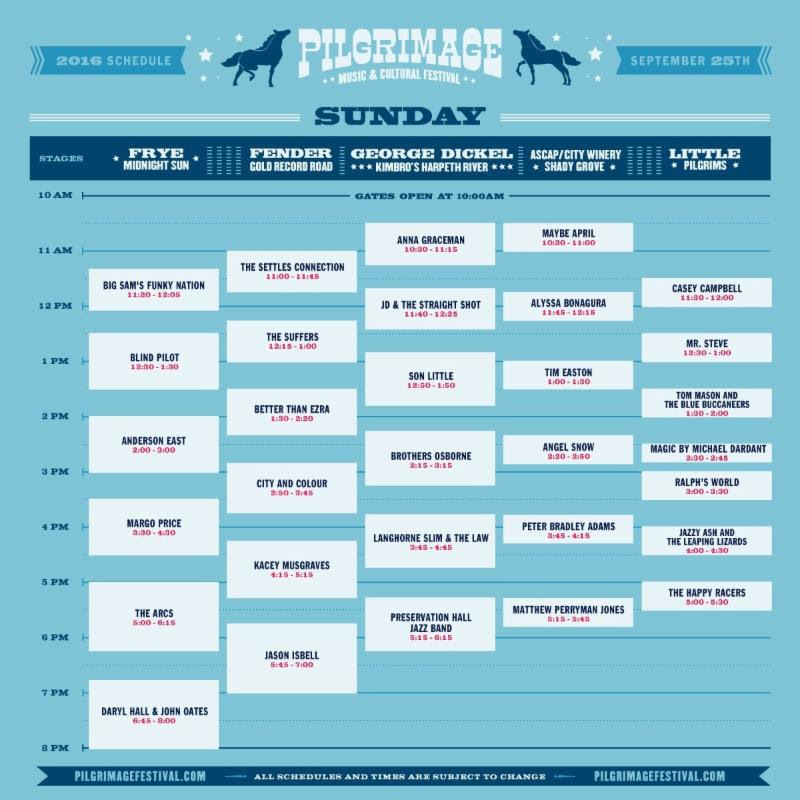 After a stellar first year, Pilgrimage Music & Cultural Festival is back with your schedules of set times! New this year is an app to keep festival goers in the loop with the latest info, customized schedules, and set times! PRESS HERE to download the app.
Artists will be performing on five stages including The FRYE Company Midnight Sun, Fender Gold Record Road, George Dickel Kimbro’s Harpeth River, ASCAP/City Winery Shady Grove and Little Pilgrims Family Stage.
But this festival isn’t just music, the best food and drink will be on display along with local artists and artisans.  And if you are worried about missing your favorite football game, have no fear! Our Beer Hall will feature large screens with the top college and NFL games and great craft beer selections
To top things off, Justin Timberlake recently announced that he has expanded his role in the music industry by signing on as a partner and producer.
“I couldn’t be more excited about becoming part of The Pilgrimage Music & Culture Festival. Being a Tennessee native and now a member of the community in Franklin, I have been watching the development of the festival over the past two years. For me, this is an amazing opportunity to help build an exceptional event and contribute to my community,” says Justin Timberlake.
Pilgrimage Passes currently available include: $69 Single Day Pass, $350 Single Day VIP Pass and $599 VIP Weekend Pass. The $69 price for single day will be available up until Friday, September 23rd at midnight. After that, tickets will be available on-site at the box office. To purchase your Pilgrimage pass please visit – http://pilgrimagefestival.com/tickets. Don’t forget, children under 10 get in FREE when accompanied by an adult ticket.
Not only will the festival drive tourism dollars to Williamson County but a portion of each ticket sale will benefit the City of Franklin and Franklin Parks. In addition, a portion of ticket sales will also benefit MusiCares®, a nonprofit organization that was established by The Recording Academy® to provide a wide range of emergency financial assistance and addiction recovery resources to members of the music community.
Related Itemsjustin timberlakepilgrimage
Jacklyn