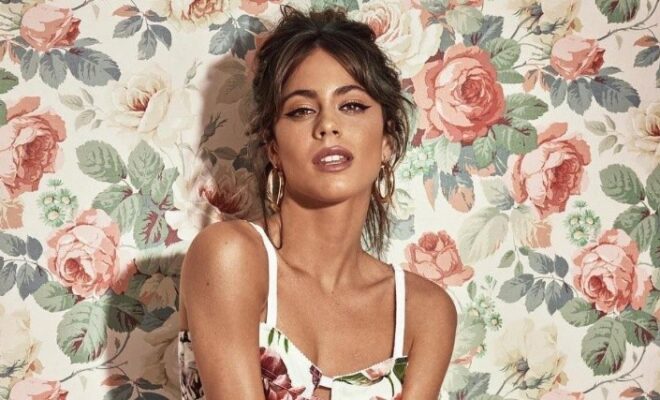 Ok, we can all agree that 2020 was like the worst year ever, right? 2021 is FINALLY here and while so far it has not been too great, we have a lot of great music to look forward to this year from a lot of amazing new artists. Here is Ones To Watch 2021 List!

So far, the break-out star of 2021 with her debut “drivers license“! Olivia will release more music this year and continue to star in the Disney+ hit, High School Musical: The Musical: The Series.

This smooth singer signed with Sony Music Nashville in July and followed it up with his debut single “Yours Or Mine” to much acclaim. The release led to his first music video and many exciting renditions of the catchy song. He’s sure to be hitting the mainstream in 2021!

Jordana Bryant is a 15-year-old with a lot of promise as highlighted by her debut single “This Love.” She is following it up with “Not Sayin’” which showcases her songwriting prowess and gets us excited to watch her grow into her artistry. Keep this name top of mind.

Hit singer-songwriter Mitch Rossell made big waves in 2020 and has already solidified himself as one to watch in 2021 with the recent release of his introspective song “2020.” The song has been sitting at the top of the iTunes Country charts since it’s release beating out impressive artists like Morgan Wallen for the coveted spot. With such a strong start to the year, the artist who wrote Garth Brooks’ hit “Ask Me How I Know,” has nothing to slow him down this year.

Amy Jack made her debut this year with the release of her full-length album, Introducing Amy Jack. Produced by the late Merle Haggard, the album shows off Amy’s classic country sound and clever songwriting. Her music has been featured in the U.S. Olympic Committee’s ‘Road to Rio’ Tour, national iHeartMedia stations, the ESPN Network, FOX Sports and there is sure to be more to come in 2021.

After finishing in the Top 8 on The Voice Cody made big moves by signing with Visionary Media Group and releasing a beautiful cover of Dwight Yokam’s “A Thousand Miles From Nowhere.” He also had an exciting first – penning a tune for a movie. His original Christmas song, “Hang Your Hat On My Christmas Tree” was prominently featured in Paramount Network’s LGBTQIA+ holiday movie Dashing in December starring Andie McDowell. His personality, voice, and songwriting make him the full package and a frontrunner breakout artist in 2021.

Gabrielle Mooney made her official debut in 2020 after performing and writing under a pseudonym for many years. The debut came with the release of “Come On In” and her latest single “Pray For You.” The sister of Shay Mooney of Dan + Shay puts her songwriting on full display and her catchy melodies are the perfect addition to any of your mainstream country playlists.

James packed a punch in 2020 with the release of a killer album featuring the title track “Home and Away.” His original music was the star this year but he’s made a few big splashes with covers performing Ellen and touring as and with Randy Travis. Through all of the big moments James remains humble and focused on the future. 2021 is sure to lead to great things.

Yacht Money is a brilliant husband and wife duo that have their hands all over some of the best music across all genres. They released their single “Fire Love” in 2020 featuring Gabrielle Mooney and enjoyed many other successes including having songs in Netflix’s Selling Sunset and the Blumhouse Productions film Freaky starring Vince Vaughn. 2021 is sure to be even bigger!

Former Latin American Disney Channel star, Martina “TINI” Stoessel is making a big name for herself in the Latin music world. A meg star in Latin America and Europe, TINI is hoping to break into the American market this year. She will star in the upcoming film The Diary written, produced, and directed by Jackie Chan, also starring Noah Centineo.

BONUS new artists to watch out for because ten is just not enough: