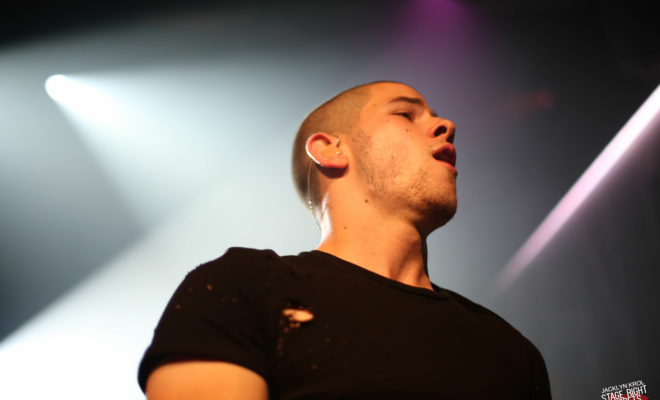 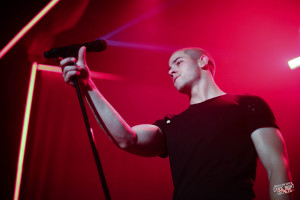 Nick Jonas performed to a sold out crowd at Chicago’s House of Blues Monday night. Opening up the show was Bebe Rexha. Bebe just got off Vans Warped Tour and her smash radio single “Hey Mama”.  Bebe sounds true to her album live and performs with such a passion and energy. Definitely keep an eye out for her, she will be headlining her own tour soon.

Nick took the stage right on time and started the night off with Chains. His production was one of the best I’ve seen for this size venue. The entire background was a screen that had different images projected onto it. Phenomenal is the best word to describe his show. Nick brings a intimacy even in a larger venue like House of Blues and was able to reach both balconies and interact with them. His previous tour he was at a much smaller venue and moved around less, it was good to see him more comfortable solo and even throwing out dance moves I had no idea he had. 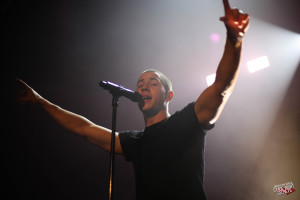 His live vocals are something that should be envied, I have yet to see another musician that is able to sound better than their album that is consistent nightly.  I’m so glad Nick is starting to get the attention he deserves with how amazing his vocals, producing, and songwriting are.

At the beginning of the show there were so many fans taking cell phone pictures and videos constantly, but when Nick started performing Push, there was a screen that dropped in front of him that projected incredible visuals of water. At that point most of the crowd just took a moment to really appreciate the production and the song which I found beautiful. You don’t see that happen at many shows.

Nick covered Outkast and The Weeknd along with performing acoustic renditions of some of the Jonas Brothers and Nick Jonas and The Administration songs. He closed out the night with Jealous to the entire crowd singing along, even some of the venue staff. Basically you need to go purchase a ticket to see Bebe and Nick live this instant and enjoy the show.