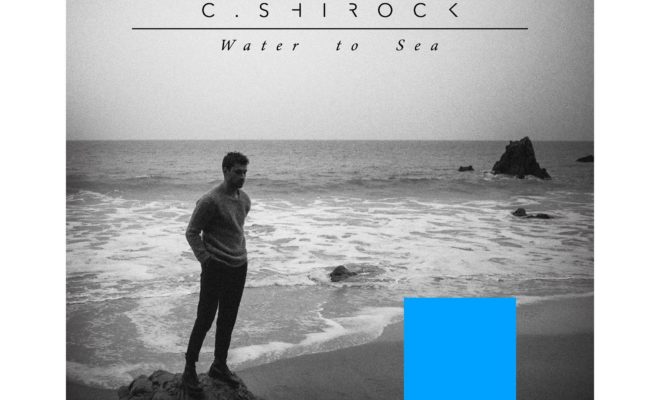 By: Chelsea Cannon
C. Shirock is no stranger to the music industry, as he comes from a musically inclined background. But, being in a band with other members versus doing it all on your own are two very different conquests. Nonetheless, music has always occupied a huge place in his life, and we think it’s time you knew more about him.

Chuck – yes, that’s what the “C” stands for – is the oldest of four siblings. At an early age, music began to fill the lives of all four siblings, due in giant part to his parents.

“I think I was around 3 or 4 years old when I first started…and of course growing up, there were many times we all hated it!” Chuck admits.

But, it wasn’t until his teenage years when his father gifted him his first guitar that he really began to hone in on his musical talents. Shortly after, he began his first band.

Song writing is what separates the artists from everyone else. Chuck’s songwriting process is both methodical and intense.

“Some songs happen in an instant… other songs are more labor intensive,” Chuck says. “It could be sparked by a simple melody you hear out of nowhere, a word or an idea…and all of sudden it’s a race to get to a piano or guitar, grab my notebook and record a voice memo on my phone.  In those moments I try to get as much of the idea down as possible.”

But, not every song comes that easy. Chuck compares these songs to “running a marathon”.

“They can start with a simple lyric or melody, and you can sit on it for years…I have a number of these that I periodically go back to, trying to see if it make sense in some new way.  You have to wrestle with it, and continue refining it until you have something that you believe in and can stand upon.  These songs can be the most frustrating, but also the most rewarding. ”

Along with the songwriting process, discovering ones sound is one of the most difficult, yet uplifting, aspects of chasing musical dreams. Being able to create your own sound based on the artistry that inspires you is one of Chuck’s favorite things about continuing to find his sound.

Chuck says he’s been able to construct his sound, based on artists he’s grown to be inspired by, such as Depeche Mode, U2, Sia and Adele to name a few.

“It’s taken me a long time to continue honing my sound, and peeling back the layers of influences and imitation,” Chuck says. “I think that’s often how great art begins – imitating those you admire, and over time you make it your own, and you become a sum of all the things that you let influence you.”

C. Shirock’s latest single, Water to Sea is just the beginning of his latest musical journey called 11, which is set to release on November 11th. This project is unlike anything else Chuck has ever released, solely because of the different sides of him you’ll hear.

“Each song will have remixes from different DJ’s, piano/acoustic versions, and I’m working with different music video directors for each song also,” Chuck says.

“I’m really excited about this project, and can’t wait to see it all come together, and share it with you.  I’ve done my best to be vulnerable and open with this new music…to lay it all on the line.  I hope this new work finds a home with you, and resonates with wherever your journey has brought you.”

Check out an INCREDIBLE playlist Chuck compiled of some of his favorite songs right now!