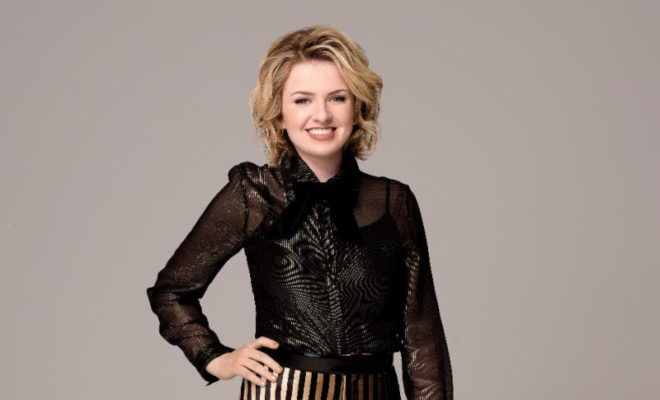 Maddie Poppe will be flying overnight to New York for appearances on Good Morning America and Live! with Kelly & Ryan, then returning to Los Angeles for a performance on Jimmy Kimmel Live. Maddie Poppe will also be performing at the Hollywood Bowl this weekend, opening for the timeless classic “Beauty And The Beast.”
Additionally, Maddie will perform at the 2018 Radio Disney Music Awards (RDMA). Music’s biggest event for families will air Saturday, June 23rd at 8:00 p.m. ET/PT on Disney Channel and multiple Disney-branded platforms, including Radio Disney, the Radio Disney app, the DisneyNOW app and Disney.com/RDMA.
Maddie Poppe will reunite with the remaining Top 7 contestants and special guest, Kris Allen, for the American Idol Live! 2018 tour, which kicks off July 11th in Redding, California at the Redding Civic Auditorium. Joining the tour on select dates is In Real Life, winner of ABC’s 2017 summer reality competition show “Boy Band.” For more information on the tour please click HERE.
American Idol is holding auditions across the country this summer ahead of its second season on ABC. Go to www.americanidol.com/auditions to sign up for the latest info about in-person auditions or to submit an Online Audition.
Maddie Poppe “Going Going Gone”
Wide download: http://hollywoodrecs.co/MPGoingGoingGone
Wide streaming: http://hollywoodrecs.co/goinggoinggone
Related Itemsmaddie poppe
Jacklyn