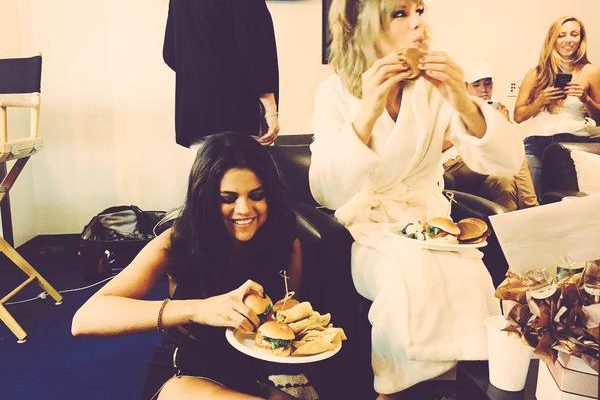 Pink Is The New Black

From pink accents in the hottest celebrities hair to pink gowns and bursts of color on stage, it was everywhere.

-Vanessa Hudgens dominated in a rose colored gown that just screamed boho princess who we all envy and love.

-Demi Lovato rocked a light watermelon pink tight mini that hugged her curves in all the right places.

-Toderick Hall’s pink sequin suit jacket made us wonder what he could possibly be wearing in his new MTV show.

-Jared Leto chose to use the popular color of the night by adding color to his black ensemble but in true Jared Leto style it was with his pink slick backed hair.

-The VMA’s would be nothing without Jeremy Scott who not only designed the Pre Show décor but made sure the new moon man had touches of color that of course included pink.

Dear @FKAtwigs you are our winner. Oh and you are so beautiful… #VMAs #BestDressed pic.twitter.com/lgMjKSJCyW

The VMA’s is the award show where the attendees can have fun with their fashion and not be too serious. However,  I feel like some people really dropped the ball and had the opportunity to shine and just looked like they didn’t try. If you need 30 people to complete your glam squad then do it people!

Now someone let me see that moon man up close!

← Previous Story Our Reaction to Nick Jonas’ Levels Music Video (In Gifs)
Next Story → 10 Other Artists Who Should Run Against Kanye For President!