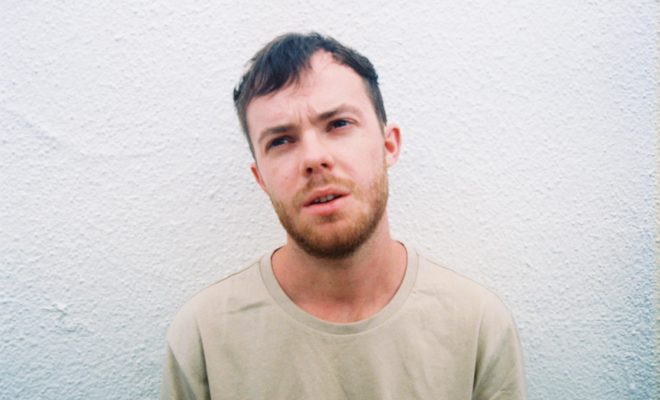 Meija is the new project of songwriter/producer Jamie Sierota. After leaving his role as principal songwriter of Echosmith, Sierota decided to take a step back from his life of touring to go back home to Los Angeles and do what he loves most – write songs and experiment with production. Sierota has spent the last four years lending his skills to projects including Your Smith, Bay Ledges, Quinn XCII, and Adam Lambert’s latest single “New Eyes”, and crafting the first Meija tunes in between.
Now with unapologetic lyrics about the charm of young love grown old and our current political landscape, atop a bed of synth-tinged indie rock and Spanish guitars, drum machines, and global percussion, Sierota self-produced a collection of new songs that showcase his true artist self as Meija.
Today Meija announces a forthcoming debut EP and shares an EP single, “Buttons.” “The lyric, ‘I let you push all of my buttons’ came to me pretty quick but at first I wasn’t sure what it meant, but for some reason, it really connected with me,” Sierota says of “Buttons.” “Over the course a couple weeks I kept working on the track. I kept being drawn to things that sounded ‘small.’ Toy pianos, shakers, an old 80’s Casio keyboard made for kids. I would record the ideas at my studio in East LA and then keep coming back to it. There was always something playful about track and lyrics; something refreshing about it not taking itself too seriously. Eventually I had the idea of writing this sort of jaded love song. I’ve been in the same relationship for 8 years so was something that felt close to me.”
Meija celebrates the release of “Buttons” with an intimate free show at Alchemy Works in Los Angeles on Friday, June 21st.
Follow Meija:
Facebook / Twitter / Soundcloud / Spotify / Instagram
Related ItemsMeija
Jacklyn