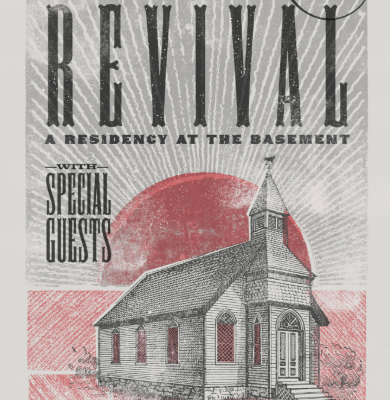 The six-piece band who’s gained fans throughout the country, has announced a 16-week residency this Fall at The Basement (1604 8th Avenue S.) in Nashville. The Delta Rae Revival will bring their signature Southern Gothic sound to the stage everyWednesday from September 5 through December 19. Tickets are $10 with a limited amount available online and the remainder sold first-come-first-serve at the door. Tickets are on sale now – https://www.deltarae.com/.
Delta Rae has always captured the dark and the light of Southern storytelling in its music. Brittany Holljes and Liz Hopkins are equally prominent in their commanding dual lead vocals that alternate between the two stylistic tones. Diehard fans and those experiencing Delta Rae for the first time will see a new set week-to-week. The immersive, intimate live show will also feature new music and special guests throughout.

“We have always had two sides to our sound,” explained Brittany. “Liz sings warm summer love songs and by contrast I give voice to our swampy, mysterious tracks. The core of our inspiration is the power of that contrast. It’s Light and Dark, Good and Evil, Life and Death. This Revival experience will play off those forces in a way to give our audience both butterflies and goosebumps. We promise it will deliver on everything Delta Rae does best. It’s by far the most creative and exciting show we’ve ever crafted.”

Delta Rae is rounded out with Holljes’ brothers Eric (vocals, piano) and Ian (vocals, guitar) as well as Mike McKee (drums) and Grant Emerson (bass). Storytelling and southern magic have always been part of the Holljes siblings’ upbringing. The band chose their moniker from a mythical story their mother wrote about a Southern girl of the same name who summons the Greek gods to earth. They have received national attention with features in NPR, Washington Post and New York Times in addition to multiple late night performances and inclusion in Forbes’ 30 Under 30 list. They were recently named by CMT as a “18 for 2018” Listen Up artist with both Rolling Stone and Billboard touting Delta Rae as “Artists to Watch.” Since signing to The Valory Music Co., Delta Rae has released two EPs – A LONG AND HAPPY LIFE and THE BLACKBIRD SESSIONS, which produced their most recent single “No Peace in Quiet.”