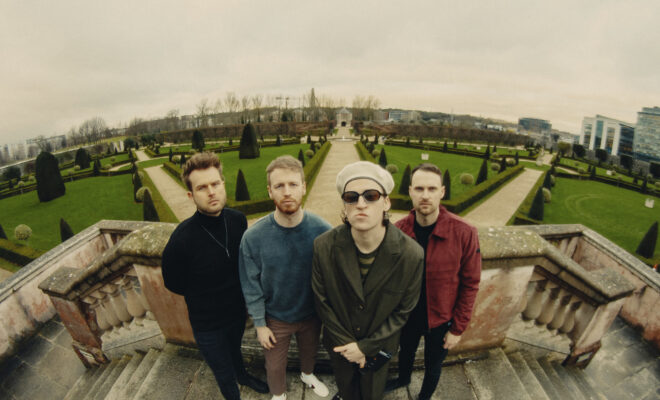 EXCLUSIVE: Picture This on New Music and Touring with Jonas Brothers

Gearing up for a big year worldwide, Irish international phenomenon Picture This return with a new single entitled “Things Are Different” today. For Stage Right Secrets, the band shares all about their single, (which was co-produced by GRAMMY® Award winning producers TheMonsters & Strangerz, German, and Picture This) and more.

Stage Right Secrets | So tell us how “Things Are Different” from your last release?
Picture This | This release is the first step into the new Picture This era. It’s the first release from our forthcoming album and it’s different lyrically from anything that we have ever done before. It felt like the right song at the right time.

You have some pretty awesome co-producers on the track. How did that come about?
We are massive fans of RheMonsters and Strangerz and lots of the songs they have produced so when we were given the opportunity to work with them on a track it was really exciting. I’ll never forget when they sent back their production on it, it was a real goosebumps moment!

Can we expect new music soon?
2021 is going to be a year full of new music from us. ‘Things Are Different’ is the first track of a full-length album that’s coming this year and we are so excited to enter into this chapter of the band and put all of this music that we’ve been holding onto, out into the world!

What do you hope listeners take away from your music?
I think overall I just want people to know that every song they hear from us has come from a real place. It is truth and it is something that I have felt compelled to say. I prefer people to interpret the songs however they see fit and apply it to their own lives if they want, but as long as they know that it is real and it is truth and a necessary mostly involuntary expression, then I am happy.

Are there any misconceptions about being Irish you hope to break or anything you hope people know more about?
Everyone knows the common misconception of Irish people is that we are all some sort of drunkards and rowdy people. This is obviously untrue, even our band for example are a contradiction of that narrative. We have a no alcohol in the dressing room rule and never even take a sip before a show. Some of the most articulate people I know are Irish. Although that’s not to say that you can’t be an articulate drunk, I know quite a few of them. We are very proud to be Irish, we wear it as a real badge of honour. We are a great nation of people.

What was your experience touring with Jonas Brothers?
Touring with the Jonas Brothers was some of the most fun we’ve had on the road. Their fans were amazingly welcoming and created such a lovely atmosphere for us each night. We gained some life long fans on that tour. Also, the Jonas Brothers themselves and their whole team are the nicest people in the music business. These guys are superstars but you wouldn’t know it by their attitudes, they are really great guys.

What do you think the future of live music is going to look like post-pandemic?
There is a real sense of community and love at our shows and it is something that we try to encourage. there’s a real meaningful atmosphere in the air that everybody is in this together. Post-pandemic I think this feeling is going to be so much more heightened and I can’t even imagine what that is going to feel like. A sea of people shoulder to shoulder screaming at the top of their lungs, wow I can’t wait.

What have you been reading, listening to, and watching during quarantine?
I’ve been reading a lot of Charles Bukowski poetry lately and I’m so in love with its work. It’s defiantly real and tangible and something I strive for in my writing. We all as a band have been listening to a lot of The Night Game. We love his album and love the tracks of the new one that’s coming too, great songwriting and a great sound!