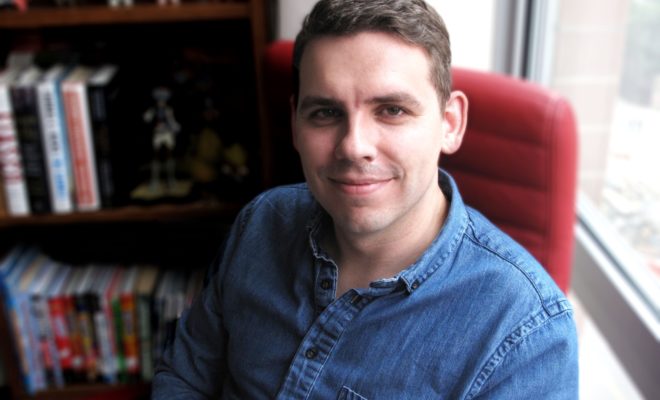 Our Exclusive Chat With Max Brallier

Max Brallier is an author of over 30 books! He has a brand new novel out and a brand new Netflix special! We got the absolute pleasure of speaking to him on it all.

Congratulations on releasing the latest book in the The Last Kids on Earth series! Can we expect even more books in the series? Possibly some spinoffs on other characters or a prequel?
Thanks! Yes, definitely more books in the series! I don’t have a final number of books planned, but I do have an ending outlined — so I know where I’m going! And I don’t think I would say prequel or spinoff — but I am working on a side quest adventure starring one of the main characters. I’ve had a blast writing it — it’s a little bit different, but it’s still very much a Last Kids book. It was so, so, so fun to write — and I’m hoping I can do more stuff along those lines.

The cast for the Netflix adaptation is a dream! You’re a big fan of Star Wars yourself, what was your experience like working with Mark Hamill?
I still can’t believe we got Mark Hamill — and I still can’t believe I got to work with him. I can say, 100%, that I would not be a writer and would not be telling stories if it weren’t for Star Wars — so it’s simply beyond cool, beyond crazy, beyond surreal. And best of all — he was an absolute pleasure to work with, could not have been nicer, and was really a fan of the books. And his performance — oh man — it’s incredible. 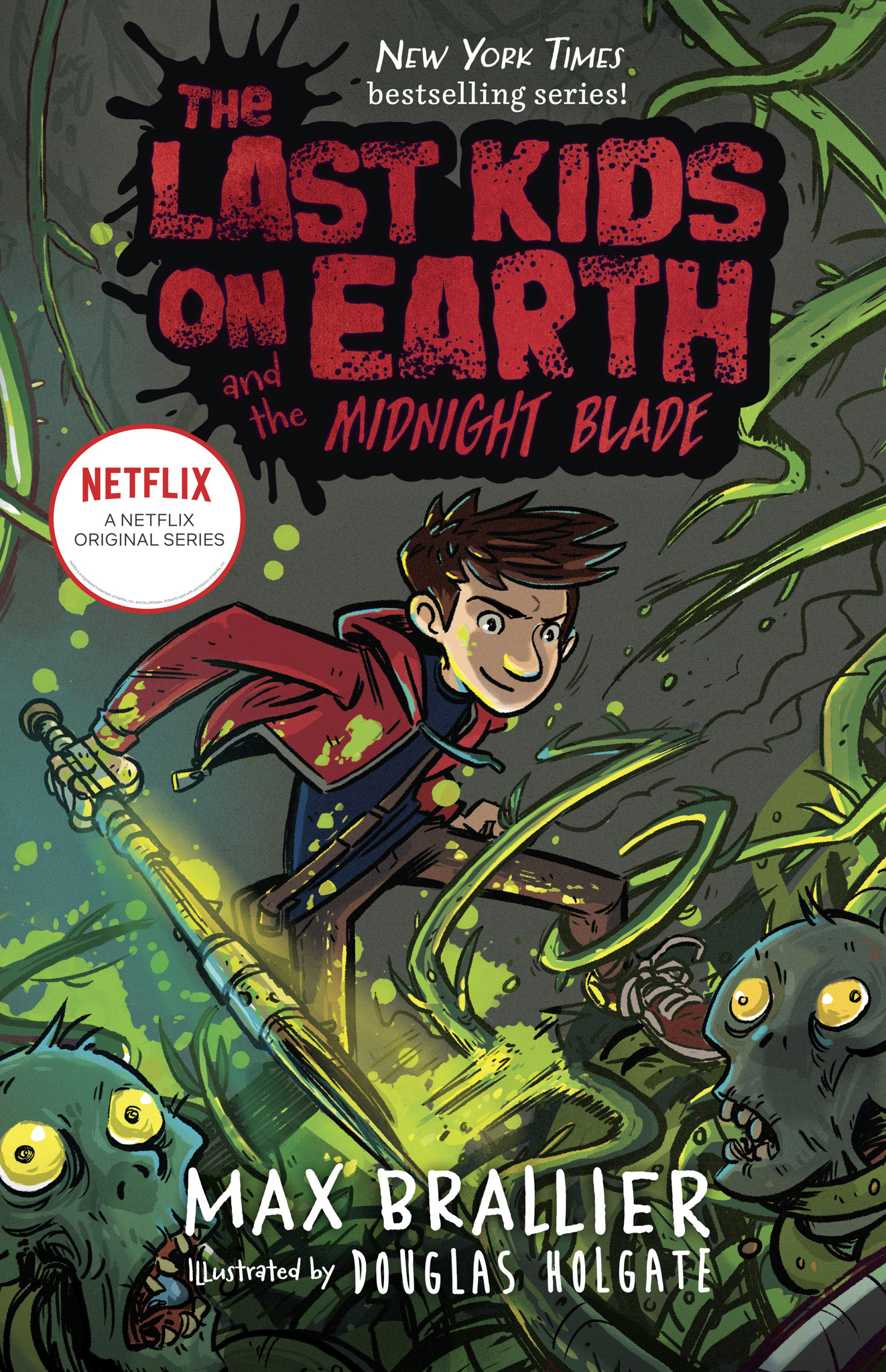 If the show gets renewed (fingers crossed!), what storylines are you hoping to expand from the books?
We’ve already had a lot of fun expanding some of the storylines from Zombie Parade and Nightmare King. If we’re lucky enough to get to do even more – I would love to spend more time with the monstrous villain Meathook from The Last Kids on Earth and the Cosmic Beyond (Book 4) and spend more time with the strangely matched duo of Evie Snark and Ghazt from Book 4 and Book 5. I think they’re so funny together — and it would be great to just hang out with them a bit and see what weird trouble they get into as they hatch their big, bad plans.

What were your favorite books growing up?
Too many to keep track of. I loved anything that had cross-sections and blueprints and stuff — I loved the David Macaulay books that showed the inner workings of castles and cities. I loved Where’s Waldo — loved pouring over the details, finding the little gags in the corner, and seeing a whole, busy world brought to life over just two pages. I loved big adventures like the Hardy Boys and more grounded adventures like Harriet the Spy. I loved spooky stuff like Bunnicula (which did scare me!) and Goosebumps and Scary Stories to Tell in the Dark. My favorite series of all time is Jeff Smith’s Bone series. 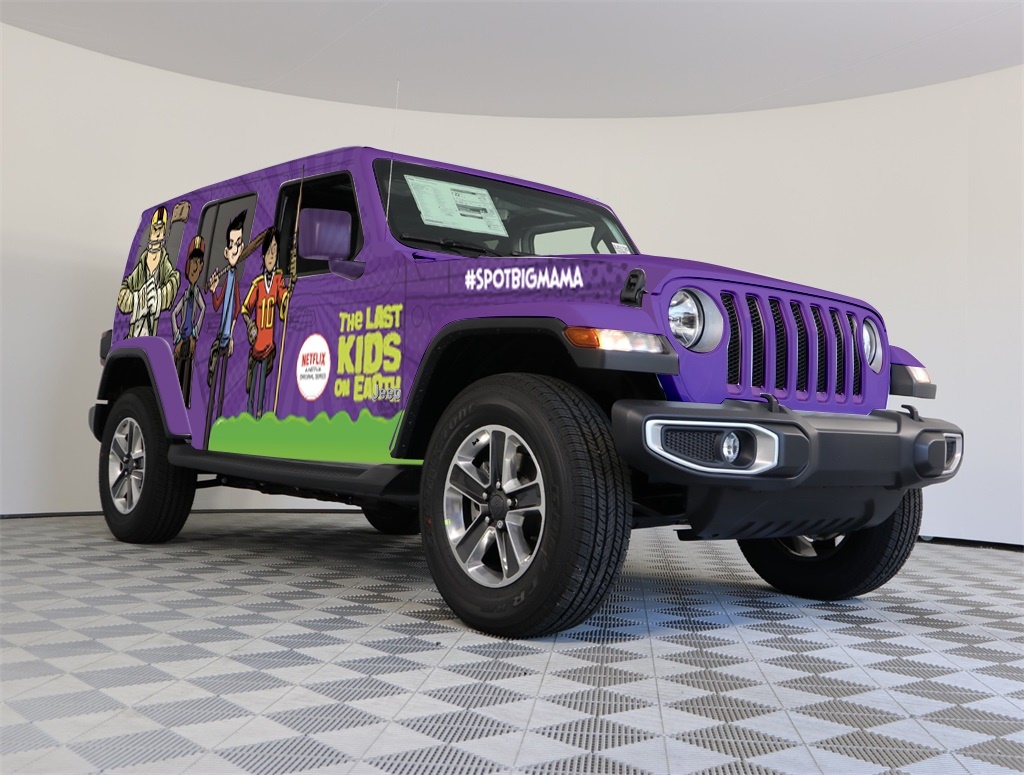 What advice would you give to young writers?
A few things. First, try to write short stuff first — 3-page stories with a beginning, middle, and end. I talk to so many students and readers who tell me about the big epic series’ they’re writing — but they’re still on page 2! Nothing feels better than finishing something — so start small! On that note, FINISH STUFF — write really badly and really quickly and get to the end. You can always go back and make something better — but it has to actually exist before you can make it better. So write 3 pages, write ‘em bad and quick, then go back and make it amazing. And if you like to draw — DRAW! Put your drawings in the story! Also — keep a journal! it can be boring, it can be about what you had for lunch, it can be about your homework — doesn’t matter! Just do it!

Why is mental health so important to you?
Well, it’s sort of everything — on the outside, someone’s life can look wonderful and perfect — but if they’re dealing with chronic depression or crippling anxiety, then that’s everything. It’s similar to chronic pain. A trip to the amusement park with your family should be a perfect, happy day — but if you’ve got a pounding headache the entire time or some horrible pain in your knee all day — you can’t enjoy a single second of it. Mental health is the same way — except there’s the added stigma that goes with it, which causes you to hide it, so not only are you dealing with this pain — you’re also trying not to show it, which just amplifies everything. We’re seeing change, we’re making progress — but we need more. The more the conversation happens, the more the stigma will lesson — because that stigma takes something that’s bad and makes it worse. It adds a level of shame that we have got to get rid of. And it matters to me because I’ve been through it, I’m going through it, and I’m gonna keep going through it.