The Revivalists have announced their annual
New Year’s Eve Run & RevHeads Ball.
December 29th-31st at
The Orpheum Theater in New Orleans!
Pre-Sale Tickets are currently available,
General On-Sale Begins Friday, October 13th at 10am CST.
Continuing after the band’s back-to-back sold-out tours and a crazy summer of multiple festival appearances and performances, The Revivalists are in the midpoint of ‘The Deepest Dream’ headline tour which is bringing their uplifting live show to some major cities across the country including DC, Boston, Denver, Philadelphia, Atlanta and Austin! 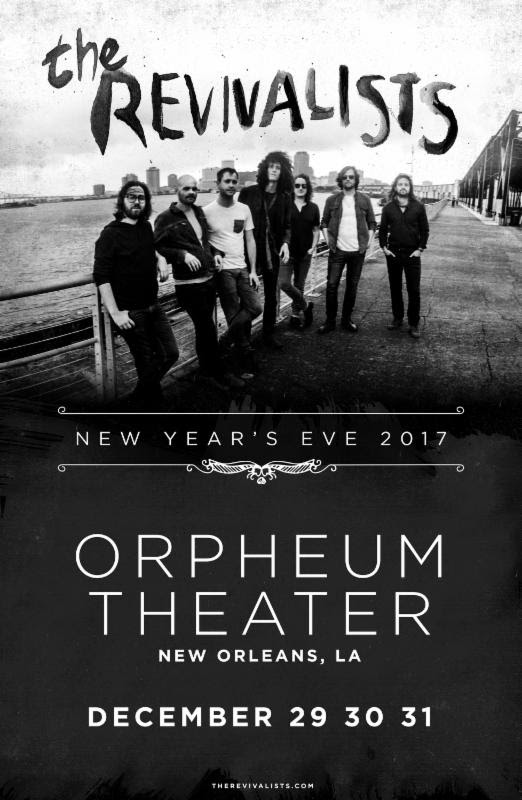