Mod Sun announces “Look Up” Tour for February and March

Along with the release of his new music video ‘Never Quit’ featuring Travis Barker, Mod Sun announced the  “Look Up” Tour which will be making it’s way around the U.S. in 2015, in support of his new album which will be released on March 10.

The tour will start Feb. 13 in Las Vegas and make its way around the United States, ending March 28 in LA.

Presale and VIP packages start today, so head over to modsun.com/tour to pick yours up! 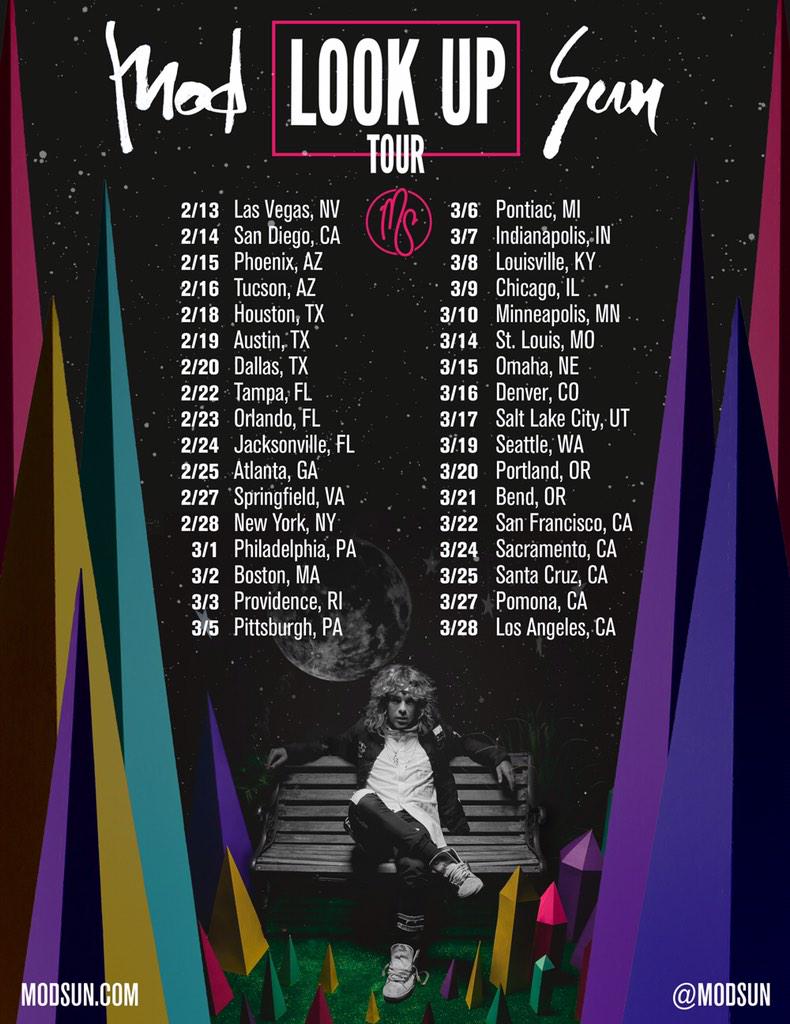