This is a quote that I have followed for many years; long before binge watching became a socially acceptable pastime. In the fourteenth episode of Gilmore Girls, Lorelai (Lauren Graham) and Rory (Alexis Bledel) use it to discuss how The Donna Reed Show is more than just a television show. I, along with many other fans know just how true that statement really is. Gilmore Girls is my religion. In fact, these beloved characters have taught us many unforgettable life lessons but we’ll save that for another time.

Netflix has released the first official photos of the highly anticipated Gilmore Girls revival, featured in the April 15th issue of Entertainment Weekly on stands Friday.

The most exciting picture of the batch is the one that shows Luke and Lorelai strolling down the street hand-in-hand, which suggests that the couple is in fact back together. But before you start cheering about their relationship status the EW piece confirms that the couple is still not married when the series picks up eight years later. Could this be the perfect chance to give the fans the wedding they deserve? We all know that one of the shows biggest disappointments was that these two parted ways. I know I like to pretend that the seventh season never happened (even if they kissed at the very, very end of it all).

There is also an image of Rory in a classroom setting that infers that the once aspiring journalist may have chosen a different career path in the long run. Or, she could simply be visiting Chilton, her alma mater to discuss her success in the industry. Last time we saw her she was about to head out on Barack Obama’s campaign trail.

Further, the article also reports on the [famous] final four words, which appears to be more of a cliffhanger than closure according to Lauren Graham, “It’s not as resolved as I thought it would be. I keep saying, ‘Hey, does anyone else notice this is actually not an ending?’ Amy and Dan just giggle at me.”

Alexis Bledel adds, “It does kind of throw you.”

I will accept this on one condition, Gilmore Girls will actually return (again) after this revival. A cliffhanger won’t float any boats in this harbour, and I don’t want to see it at the bottom of the ocean like the Titanic. I love this show too much. However, things are definitely looking up.

After much speculation on if Melissa McCarthy would revise her role as Sookie St. James in the Gilmore Girls revival, it’s been announced that she will be returning to Stars Hollow.  Thank goodness! Or, as Netflix stated, “it’s a magic risotto miracle”. I felt it hard to believe that everyone was coming back except for her. You can watch McCarthy’s exciting announcement on Ellen below.

Now the popular series is finally getting the reboot it’s always deserved. 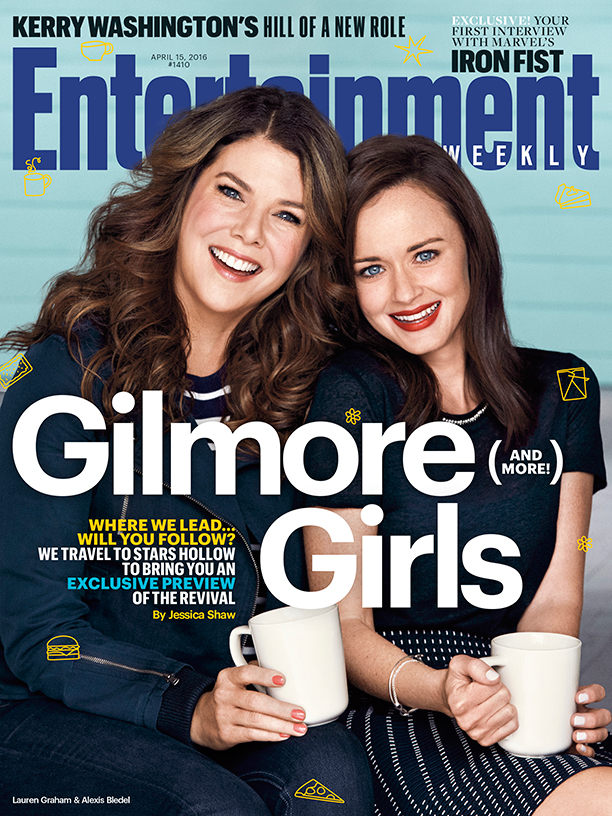