Our final 2015 CMA Nominee Of The Day goes to country superstar, Garth Brooks! Brooks is up for the biggest award of the night, Entertainer Of The Year. This will be his seventh time up for this award at the CMAs.

Brooks has sold more than 68 million albums worldwide. His most recent release, Man Against Machine, came out last year. The singer announced his ninth studio album release during the announcement of his comeback tour in 2014. Man Against Machine was Garth Brooks first album since 2001. The lead single off the album was “People Loving People.” 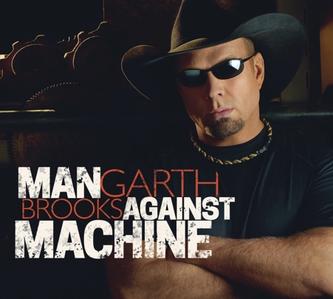 The country star recently went on his first tour in over fifteen years. The Garth Brooks World Tour with Trisha Yearwood has consisted of three legs so far throughout the United States, Europe, and Australia.

Garth Brooks is without a doubt one of the most hard-working musicians in country music. Make sure to tune into the 49th Annual Country Music Awards on November 4th to see if Garth Brooks takes the award for Entertainer Of The Year! Only three days left!!